Death By Airbnb  - Short Film (Dec 2021)
I did a major overhaul redraft on this cutting it down from 52 minutes to 33 minutes.
Logline: Fig MacGregor doesn't like going out, but when she racks up a huge debt to animal charities she's no choice than to Airbnb her spare room allowing her mental fantasies and health and safety obsessions to run wild. The succession of potentially lethal airbnb-ers help her realise she's got to grab life with both hands (while wearing appropriate PPE of course), even if it's one teeny tiny step at a time.
The Scone Off - Radio Play (Dec 2021)
A 60 minute radio drama.
Logline:  Sisters-in-law Catherine and Daniella navigate envy in their friendship as one can't get pregnant and the other faces unwanted single motherhood all set against the backdrop of an intense scone-based rivalry between their boss Roger Parris and their mother-in-law, big Netta Freedman.
Radio Sketch Writing NFTS short course (June 2021)
I attended an online short course at NFTS and learned about sketch writing.
Songwriting (April/ May 2021)
I had a bash at songwriting. See Pish Tosh for the results.
Comedy Writing 2 (2021)
Zoom class at the Royal Conservatoire. Group work on a sitcom called Raising Awareness about an ineffective activist group. I also wrote a theme tune for the show.
Life After Darryl Comedy Drama Series Collaboration (2020)
I am a co-creator and writer working as part of a team of six Scottish females to create a comedy drama series. We have completed a pilot script and are looking for a production company to help us take this project forward.

Logline: Repressed 30-something Jane has to start her life again after finally walking out on her abusive childhood sweetheart, Darryl. With the help of a sexually free lawyer and a recreational drug taking earth mother, Jane is on a mission to forge her own identity and live by her own rules - if that's ok with everyone else.
Radio Writing (2020)
I attended a 3 part radio writing seminar hosted by Oliver Emmanuel. Following this I collaborated with a friend on a radio play, Christ On A Bike (working title). This is currently in the editing process.
Comedy Sketch Writing (2020)
I collaborated with a writing pal I met on the Royal Conservatoire courses. We have written some comedy sketches together and plan to polish them further when our schedule align again.
Aisling, Barney and the Magic Cabbage (2020)
A 6 part 2D animated mini series. The episodes are 12-15 minutes long and include silly humour, songs and strange imaginative places.

Logline: When 10 year old Scottish girl, Aisling, finds a magic cabbage she travels to different worlds with her cat, Barney, on a quest to change the shape of her rectangular head. She fights injustices, learns to listen to her inner voice and tries to fit in with the "cool" kids from school along the way. 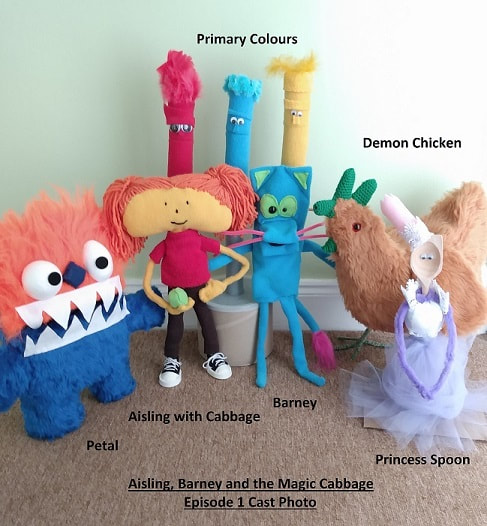 Logline: When an agoraphobic has to take in Airbnb lodgers to cover her animal charity gift giving obsession her mental fantasies run wild and she might not make it out alive.​​
Screenwriting 2, Royal Conservatoire of Scotland (2020)
I attended this screenwriting course in Glasgow, run by David Cosgrove.
Corvid (2019 - 2020)
A superhero/action/adventure young adult book.
​
​Synopsis: Feeling overcome by life Callan jumps off a buliding and is immediately reborn into a parallel universe in which he can switch between crow and human form. He soon find out he has been brought there for a purpose, by Sadie a morphing fairy, to assemble a bad-ass team and help the Everymen win out against the CarnoCapitus and their two headed leader Split.​
The Sausage Badger (June 2019)
A children's book I wrote for the arrival of a friends second child. It is about a young girl who wants a brother or a sister but gets a badger instead. Badger is not very good at doing anything the girl likes to do, but together they find that sausages are the key. At the end Badger eats all the sausages and turns into a real boy.

And I made a blanket featuring the sausage badger. 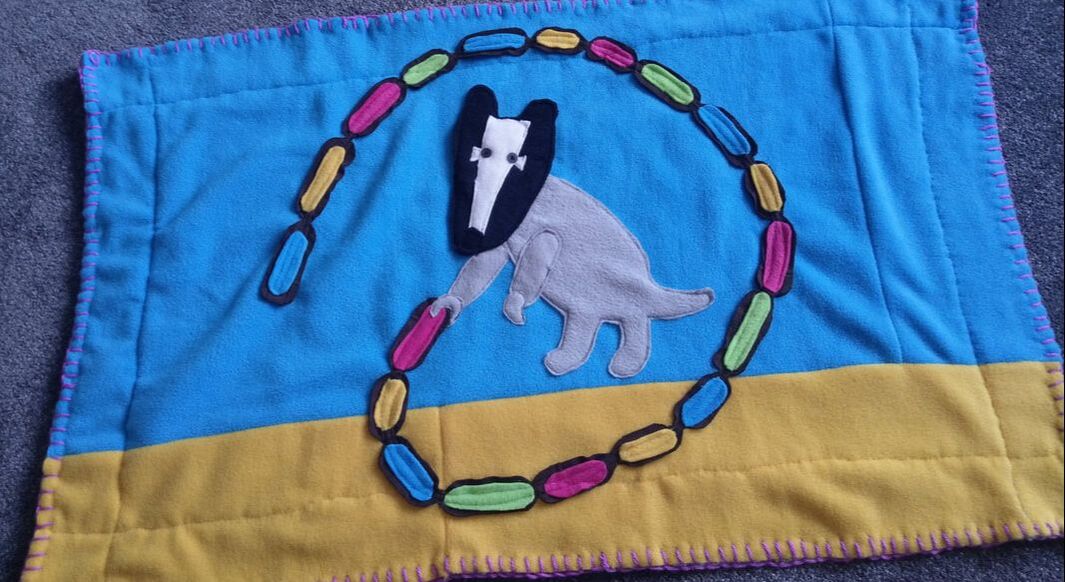 Logline: A comedy horror in which Little Red, a little red pencil, leads the rest of the office stationery in a military style attack against the humans to avenge the death (by snapping) of his mother. 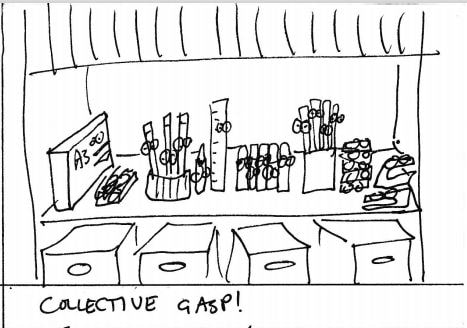 Introduction to Screenwriting, Royal Conservatoire of Scotland (2019)
Ten week evening course on screenwriting taken by David Cosgrove.
​​Gremlins II (2018)
Short story published in an anthology Reel to Rattling Reel: Stories and Poems About Memories of Cinema-Going edited by Sarah Neely and Nalini Paul. The book was launched at the Inverness Film Festival in November 2018. 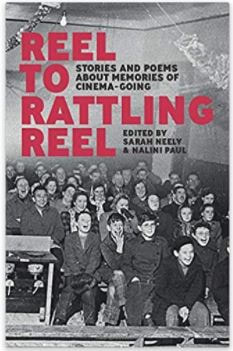